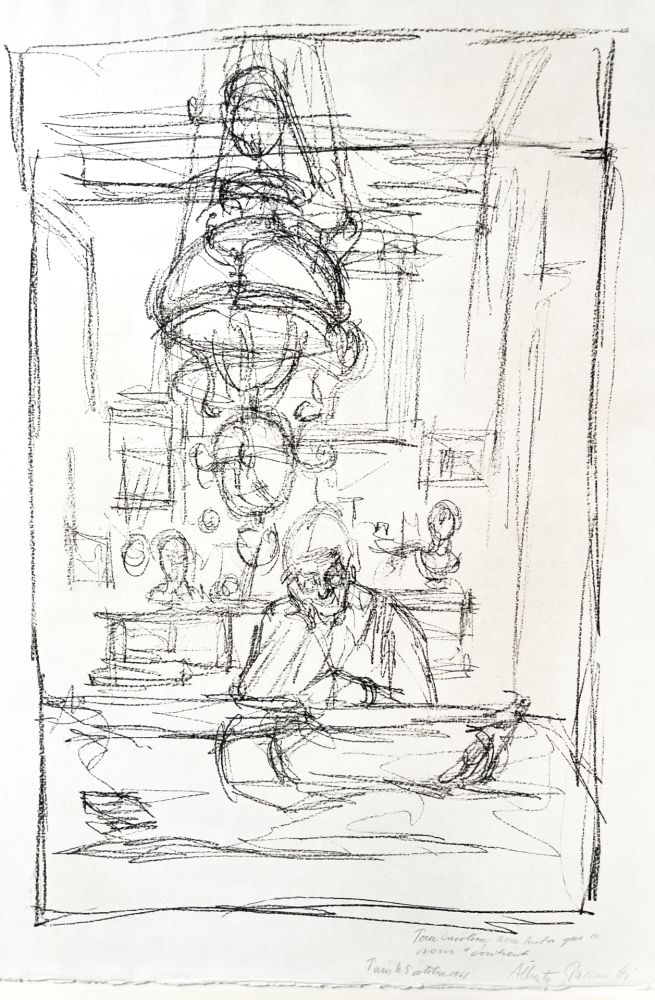 Title: Chandelier (La Suspension)
Medium: Original Lithograph on Arches watermarked paper, signed, dedicated and dated in pencil, by the artist , at right “Pour Caroline avec touted que “Nous” confient /Paris le 5 Octobre 1971, Alberto Giacometti” , 1959,
Edition: A proof outside the signed and numbered edition of 75 plus some Hors Commece proofs.
Size: Image: 23" H x 15.375" W; Sheet: 26" H x 19.75" W
Published by: Editions Maeght, Paris
Notes: Our work is dedicated (translated) , For Caroline with all that “We” entrust. This was obviously a lithograph given by the artist as a Love Token. The artist had a very strange relationship with this woman. Caroline is the pseudonym of a woman of easy virtue Giacometti met in a bar in Montparnasse in 1958. From 1960 she started to sit for him, and continued sitting regularly until the artist’s death. Giacometti painted at least thirty portraits of Caroline and made a bust of her in 1961. Pursuing the research initiated with the portraits of Yanaihara a few years before, the series of portraits of Caroline represents the ultimate result of an intense work on the portrait and the representation of the face. In the portraits of the Sixties, Giacometti’s attention was more and more focused on the head, the fundamental core of the figure. There was obviously some deeper inner meaning to the dedication made by Giacometti on our piece about which we cannot know.
Giacometti and his brother Diego designed several chandeliers and furniture A n original drawing of a similar chandelier can be found on https://www.artsy.net/artwork/alberto-giacometti-la-suspension-1.
Reference: Herbert C Lust “Alberto Giacometti : The Complete Graphics” Number 29,
Maeght 230 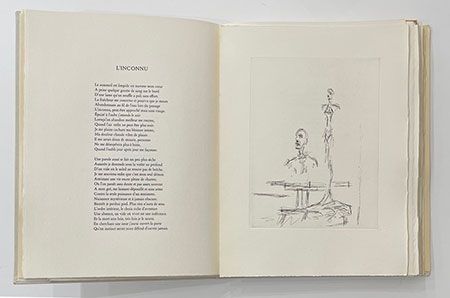 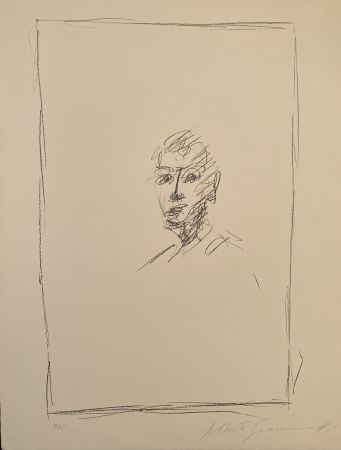 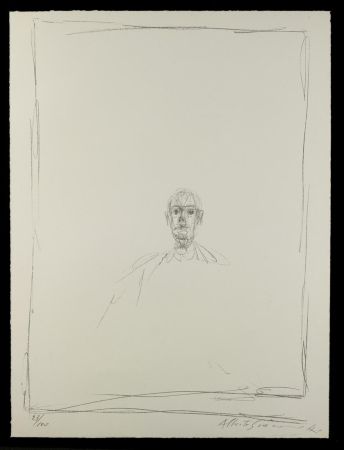 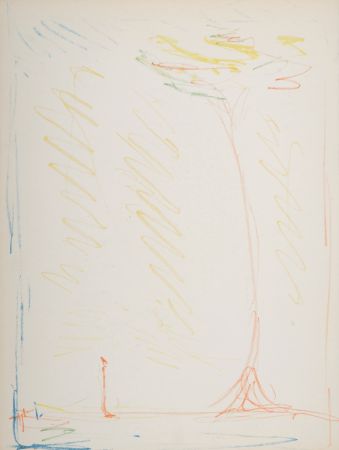 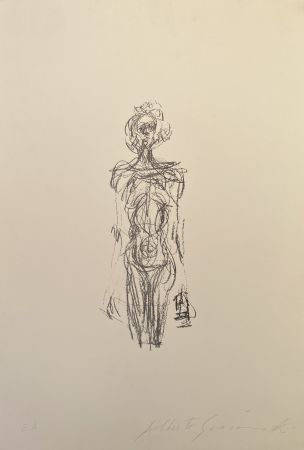 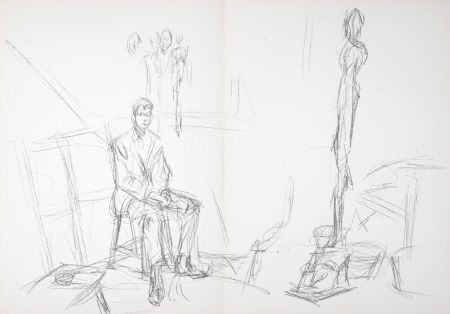 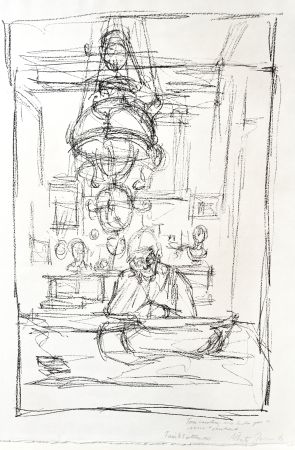 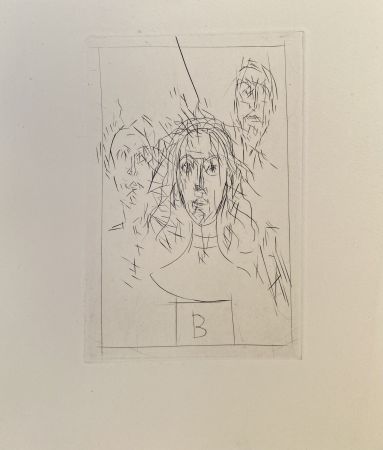