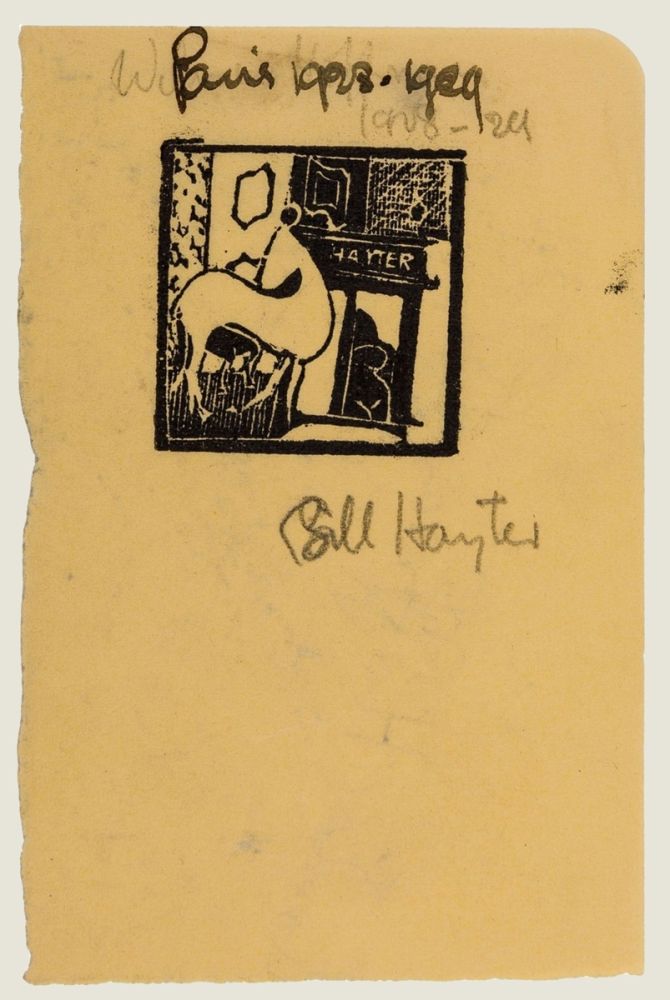 Born in London, Hayter moved to Paris in 1926 to study art and opened a studio for experimental printmaking there a year later. Beginning in 1933 at No. 17 Rue Campagne-Premiere, it would later become world famous as "Atelier 17," primarily as a home for experimental color etching. The present small woodcut, in which the artist's name adorns the portal of an establishment identified as an artist's studio by the implied nude, has the character of a bookplate or printer's mark already in terms of format. It could have been conceived as a studio stamp, but since it remained unknown to the authors of the catalogue raisonné, it probably never went into series production. 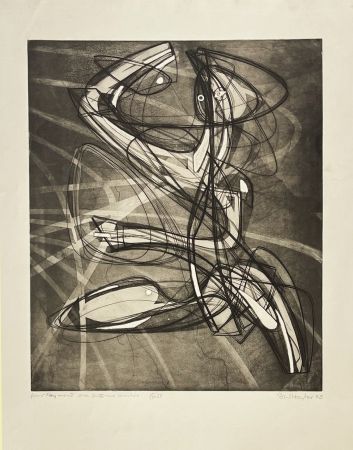 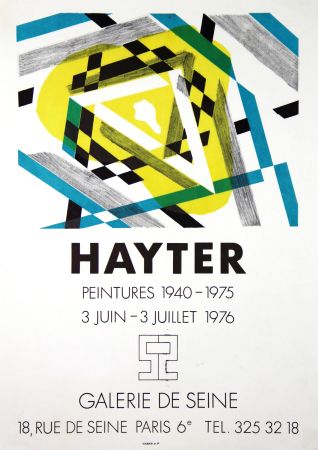 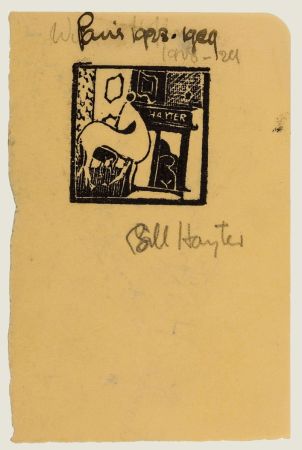 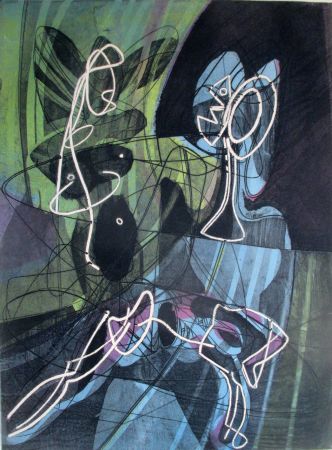 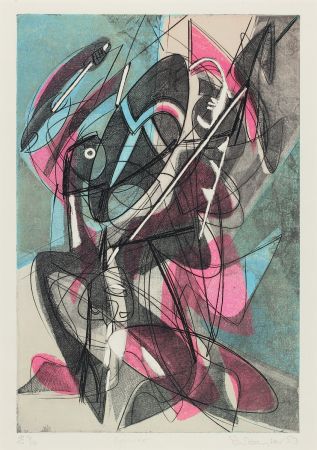 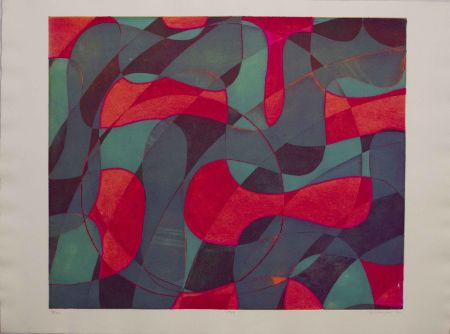 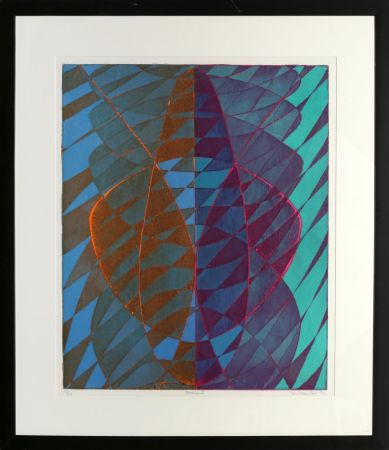 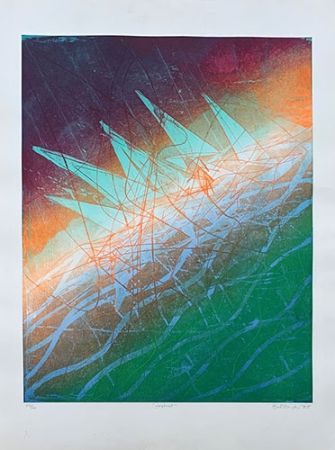 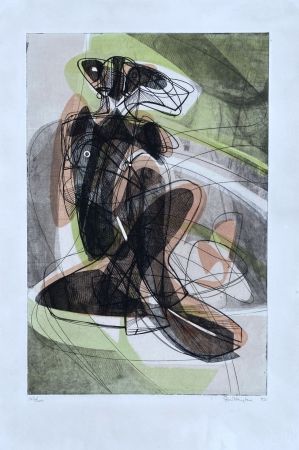 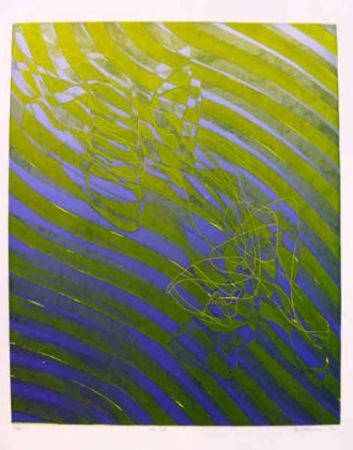 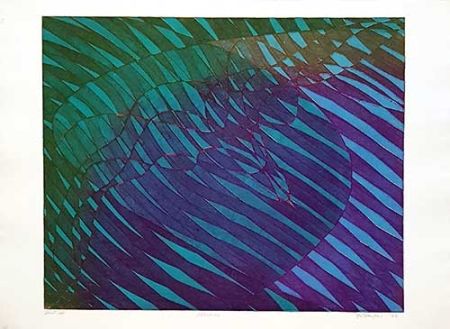