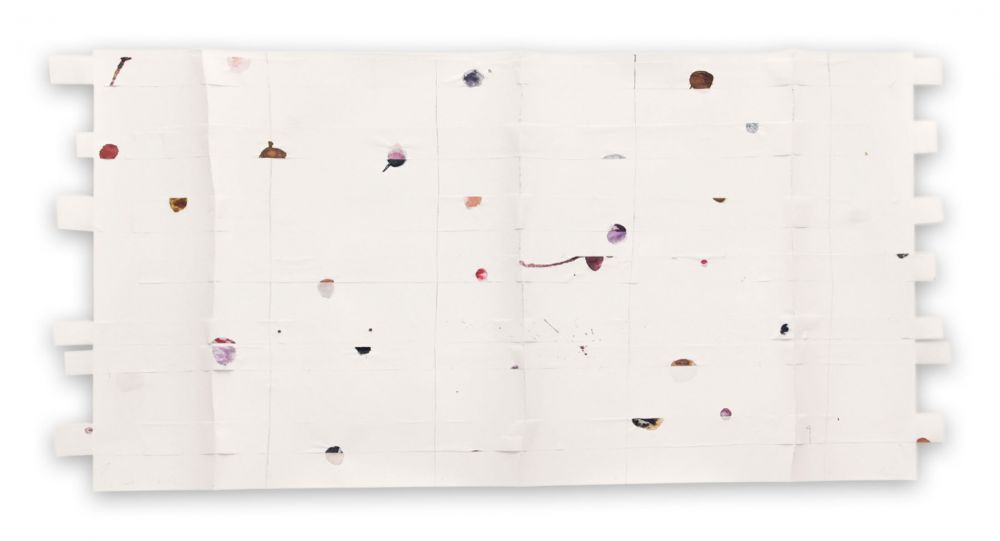 his work is part of one of 4 on-going series of large works on paper.

The name of this series, "Cut", relates to the technique used by the artist, but also refers to the editing process in filmmaking, each work being produced from 'footage'-like paper strips prepared and assembled at a later stage, determining what will eventually be visible or not.

Kröner's starting point are two painted sheets of paper: a large background of heavy drawing paper, and a lighter, semi-transparent sheet cut into strips and reversed so that both painted sides face each other.

Following a self imposed rule, Kröner then positions the strips on the background so that every mark on this background coïncides with an existing mark on the paper strip. Everything else is random.

Constrained by this rule, the role of the artist is then to strike the right balance between chance and control, chaos and order, to achieve a result which is both aesthetic and challenging for the viewer. And undeniably beautiful. 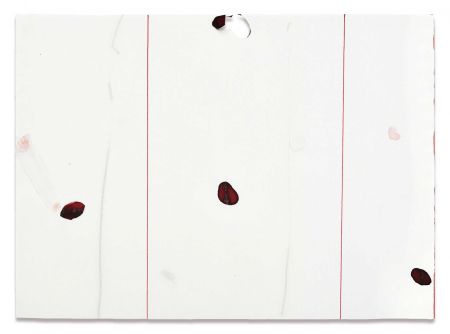 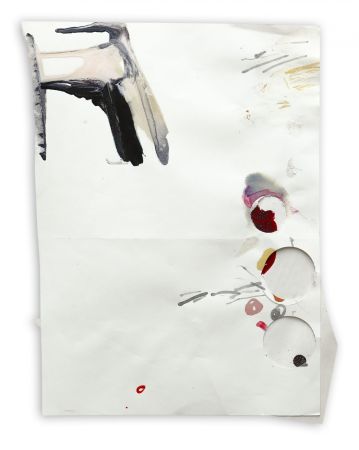 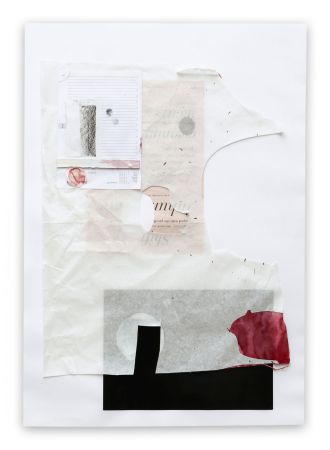 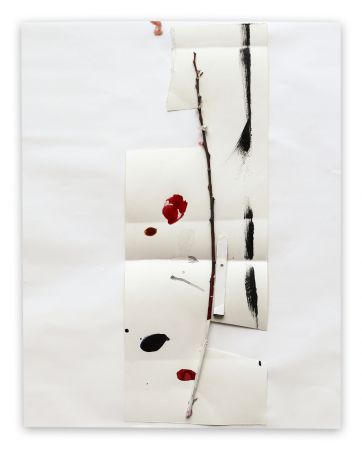 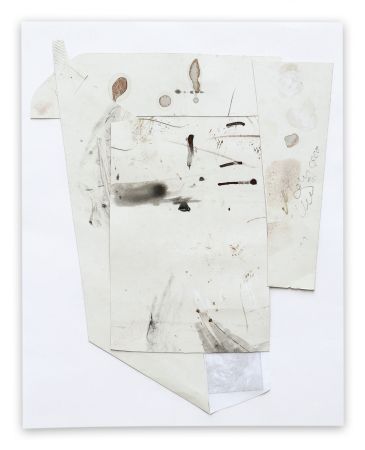 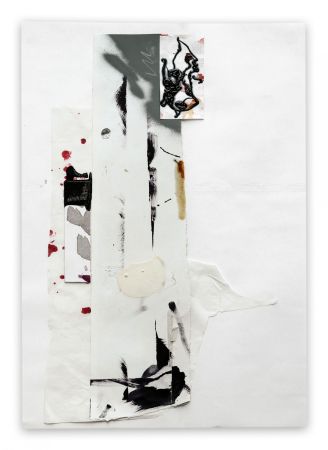 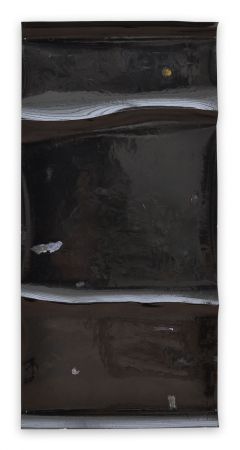 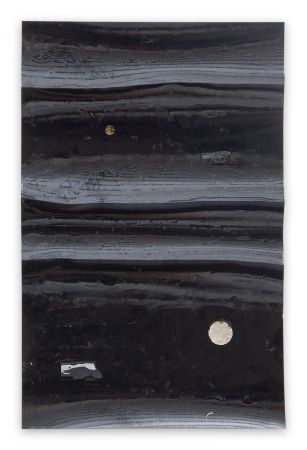 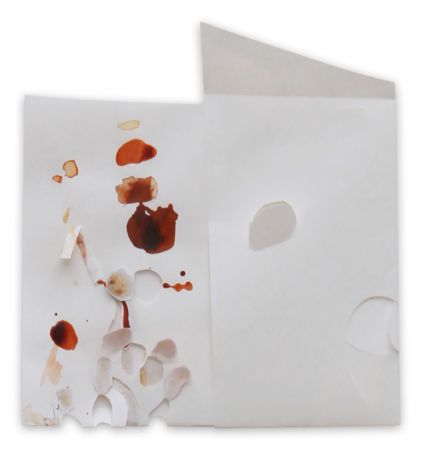 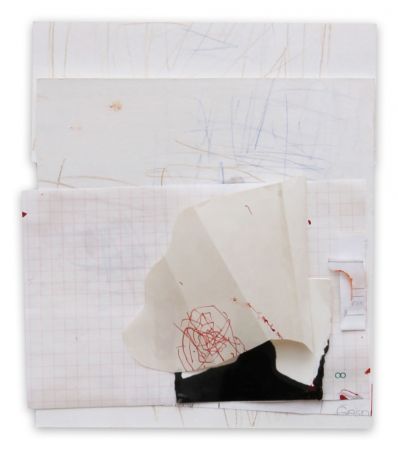