Although the initial inspiration for a painting might come from a fleeting experience with music, nature, or a memory, Barringer methodically crafts his compositions over an extended period of time. Putting a premium on craftsmanship, he builds his surfaces up carefully by layering a variety of mediums, including acrylics, modeling paste, charcoal, graphite and pastels, stacking areas of pure color atop gestural brush marks and geometric forms. 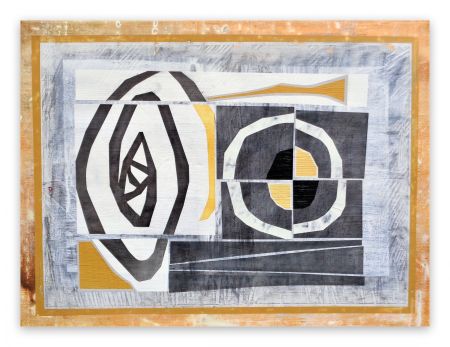 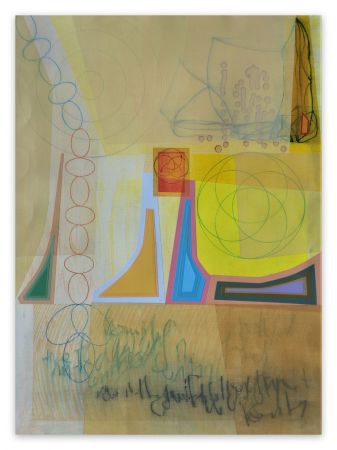 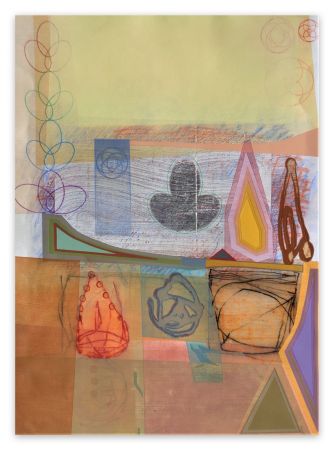 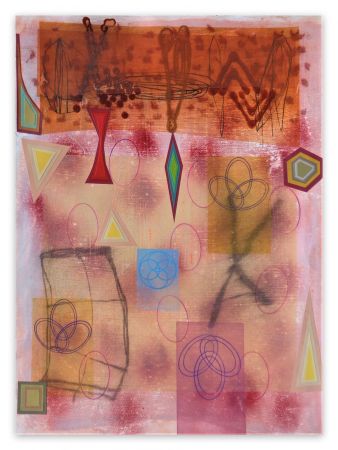 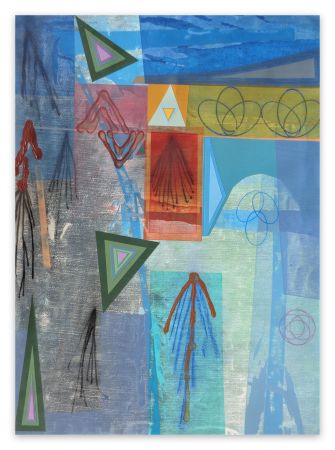 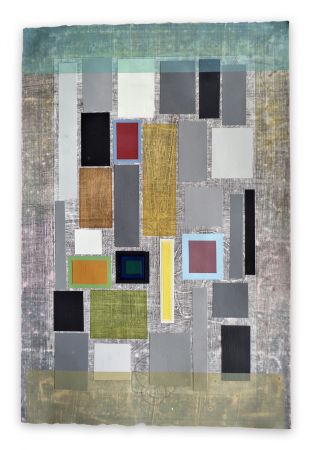 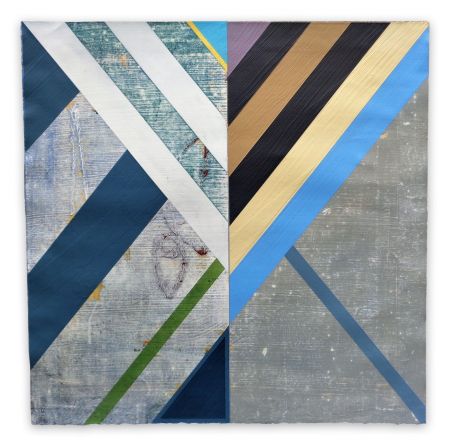 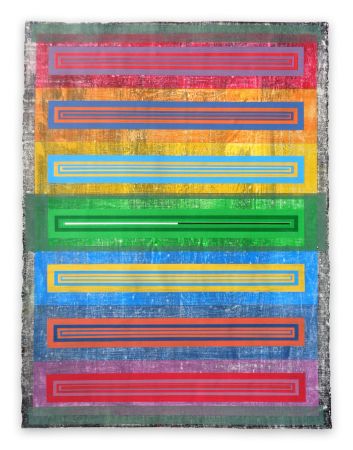