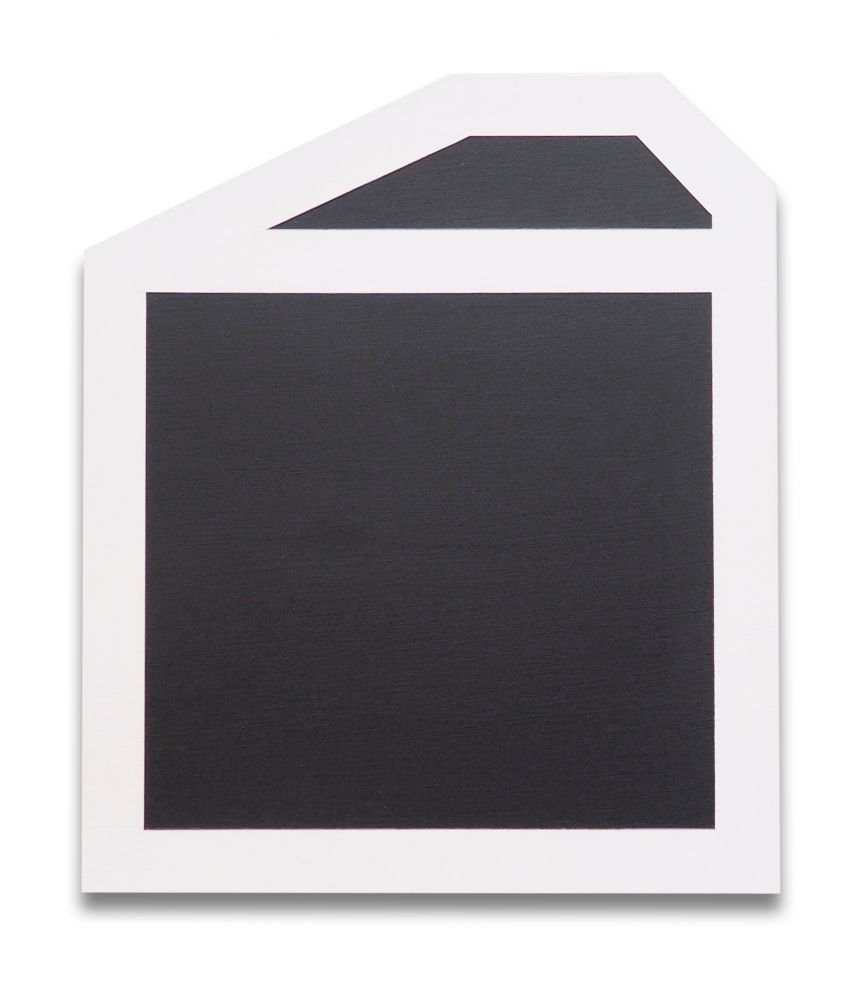 Hallard works with the themes of space and geometry, manipulating images and arrangements of objects in order to challenge the perception of the viewer.

This piece on Arches paper with a line articulating the border creates, seamlessly, an internal shape that squares the image.

Brent Hallard is an Australian-born abstract artist, curator and writer whose works on paper and aluminum explore minimalist iconography and monochromatic expressions. His work fluctuates between precise, formal examinations of geographic shapes and more playful, idiosyncratic creations. He is currently living and working in Byron Bay, Australia.

Using mediums such as markers, watercolors and acrylics, Hallard constructs monochromatic and semi-monochromatic images of recognizable geometric forms such as squares and rectangles on paper and aluminum. The work often consists of simple forms and clusters of forms, and at other times it escapes the boundaries of line and shape.

Hallard tends to focus on work that conveys precision and exactitude, while also flirting with looser explorations of color and form, creating more experimental geometric abstractions that invite additional layers of interaction from the viewer. The artist works with the themes of space and geometry, manipulating images and arrangements of objects in order to challenge the perception of the viewer. His work is deeply rooted in the fundamentals of art history, especially building on the tendencies of abstraction, minimalism and the color field artists. The work also maintains a certain human quality, incorporating a sense of openness and frivolity suggesting an underlying freedom from formal limitations. 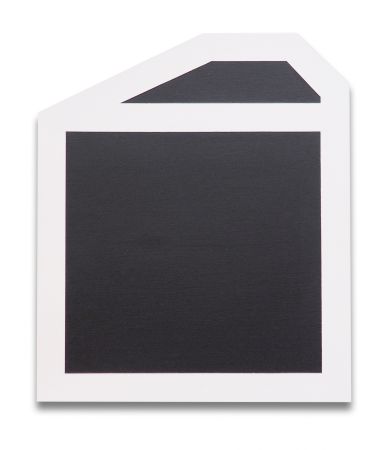